Mizkan & the Origin of Sushi

As a representative dish of Japan, sushi exists in many forms:

But, if you simply say, “sushi,” it will be understood as “nigiri” (squeezed) sushi, the “King” of sushi. When we looked into the details of the origins of nigiri sushi, the existence of two legendary men was discovered. Now we can tell their stories. 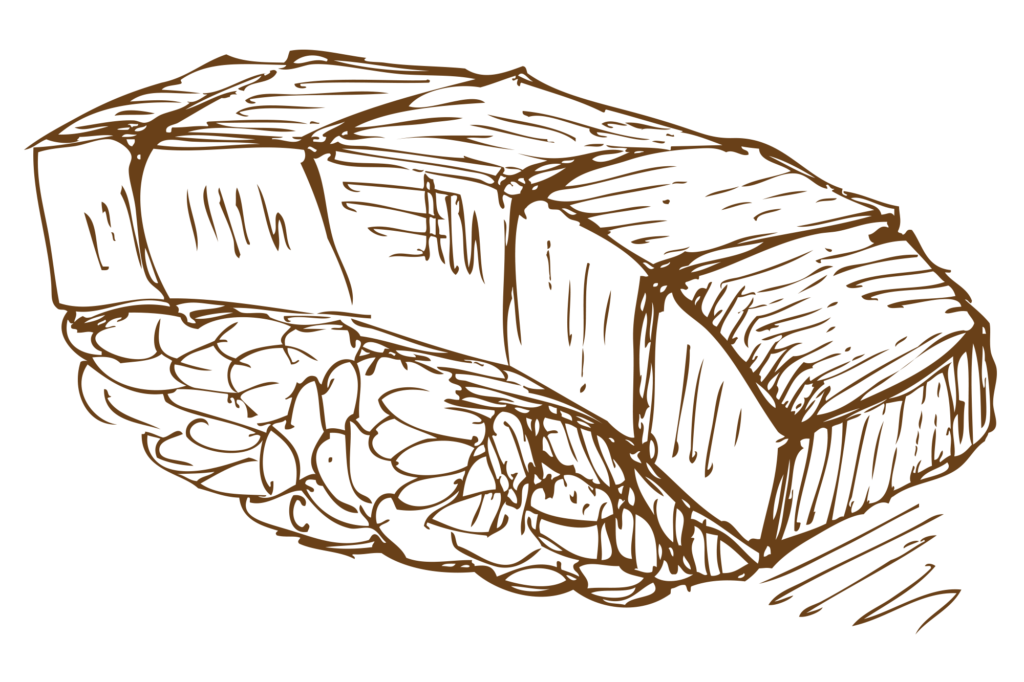 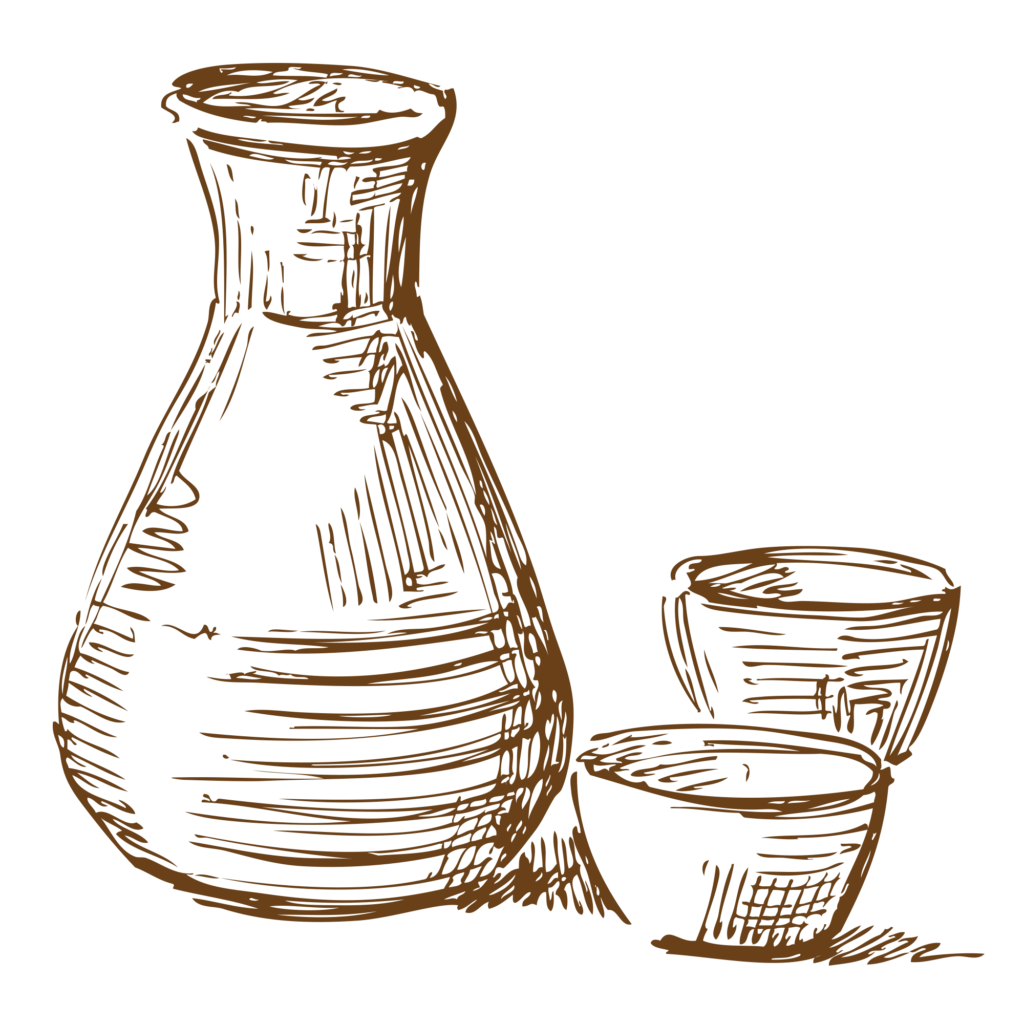 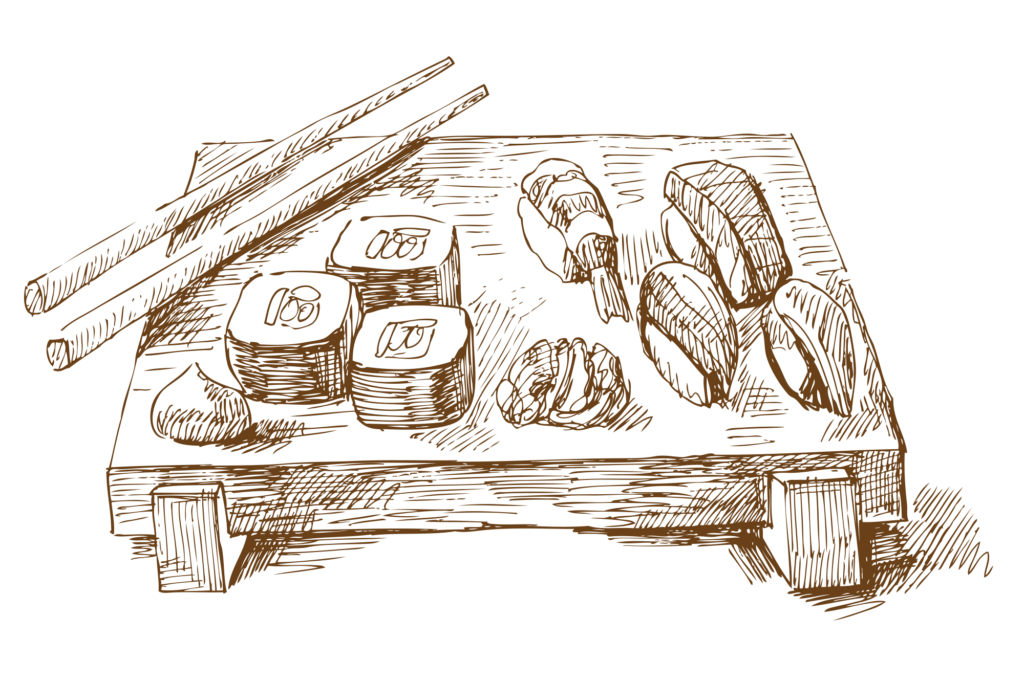 The origins of sushi can be found in “nare-zushi”, a type of sushi that was familiar in the Edo Period (1603-1868). Made of fish, salt, and rice that was allowed to ferment, this sour-tasting sushi took months to make. At about this time, shops began selling sushi made with marinated fish or rice, which was then rolled or packed in boxes, in order to save time. That was the “birth” of sushi. However, towards the end of the Edo Period, there was a man who repeated the process of trial and error in order to create a type of sushi that was easier to make and eat. This young man’s name was Yohei Hanaya.

Born in 1799 to a greengrocer’s family in Fukui Prefecture, Yohei left home in 1818 after dedicating more than ten years of service to his family’s business. After moving to Tokyo and changing jobs several times, Yohei created his “nigiri” (squeezed) sushi and started selling it by carrying a box of it on his back. From about 1828, when Yohei was in his thirties, he started selling his sushi at a stand. As word spread of this new type of sushi that could be popped into the mouth, “nigiri-sushi” grew in popularity, and Yohei’s business prospered.

Even before Yohei created his nigiri-sushi, there had been “sushibooms” in Edo (modern-day Tokyo) when “hako-zushi” (sushi shaped like a box) and “maki” (rolled) sushi became popular, and shops selling these treats lined the streets. In 1804, a man from Owari (modern-day Nagoya) visited Edo. After hearing all about the sushi boom, he perceived a chance to create a demand for his vinegar.

This man ran a sake breery in Handa, a city on the outskirts of Nagoya. His name was Matazaemon Naano, and he was the founder of Mizkan. After he returned from Edo, he tried to make vinegar with the by-products of sake brewing. At that time, no other sake brewer had tried to make use of sake by-products, but when Matazaemon attempted it, he finally had success. This was the birth of Mizkan vinegar, and from about 1810, it was shipped to Edo.

Edo-style sushi was born from the plentiful supply of Matazaemon’s vinegar and success of Yohei’s nigiri-sushi. Not only Yohei’s business, but many other sushi stands also enjoyed vigorous success, until a historical event ironically “curbed the appetite” for sushi.

Around 1833, a great famine swept Edo, and with the reformation of the Tempo Shogunate (a military government), luxuries were banned, resulting in attacks on sushi shops. Since popular businesses were aimed at, the phrase “It’s good if they’ve been caught” became a way to evaluate the quality of sushi.

At any rate, the winds of change blew once again, nigiri-sushi became even more popular, and its reputation spread from Edo to the countryside. By the beginning of the Meiji Period (1868), after he had been in business for 40 years, Yohei’s nigiri-sushi had “arrived” on a national scale.

Without the creativity of Yohei Hanaya, the “father” of nigiri-sushi, coupled with the foresight of Matazaemon Nakano, who produced the essential ingredient of vinegar, the current “culture” of sushi might never have been born.

From the time these two men of excellence met and shared their talents, the history of sushi has developed over 170 years. As the taste of sushi has evolved, it has gained converts all over the world. The history of this modern “sushi boom” is directly tied to that of Mizkan.

Emergency messages can go here. (This will be turned off until needed.)